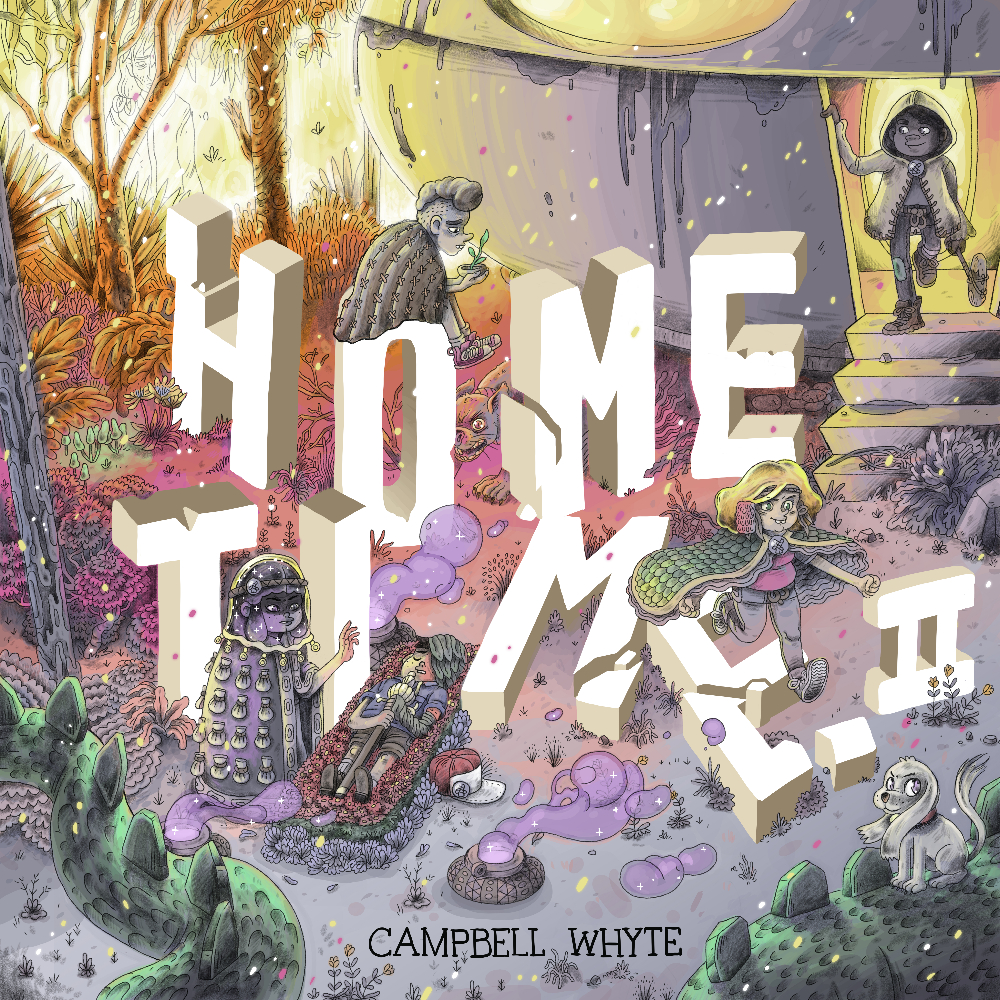 Even though they’re twins, Lilly and David don’t agree on much… except that the last summer before high school is the perfect time for relaxing with friends.

But their plans for sleepovers, fantasy games, and romance are thrown out the window when the whole gang falls into a river and wakes up in a village of fantastic creatures. Hailed as magical spirits, threatened by lizards, and trained in the mysterious arts of tea-brewing, these kids must find their way home — if they don’t throttle each other first.

With a kaleidoscope of art styles, graphic novelist Campbell Whyte makes his spectacular debut, set in his home town of Perth and loosely but lovingly inspired by the fantasy worlds of the 80s and 90s. — a 228-page full-color hardcover graphic novel, 9″ x 9″
.
.

“Exuberant… It’s a richly imagined world, and Whyte immerses readers in it.” — The New York Times

“A highly original graphic novel adventure… it goes from curious to interesting to compelling to engrossing — the momentum keeps building to the point where we’re on pins and needles.” — Under the Radar

“Whyte’s world-building is as impressive as his ambitious story and his mastery of the half-dozen styles he wears… Built on a foundation of kids’ fantasy classics, but with the specifics of its world unique and the psychological drama wild and unpredictable as the pre-teen mind, Home Time feels both comfortably familiar and refreshingly new and unusual at the same time.” — School Library Journal’s Good Comics for Kids

“With Home Time, Campbell Whyte has created an intoxicating and visually stunning Australian Narnia.” — The Conversation