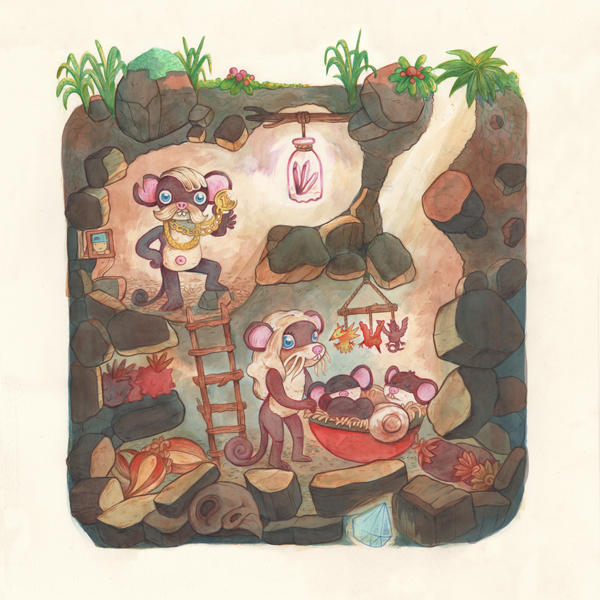 It’s finished, my illustration for the upcoming Pokemon Battle Royale exhibition at Light Grey Art Lab. 151 artists each illustrating one of the original 151 Pokemon. I was assigned Rattata for the show, who’s basically a purple rat, nothing particularly wild in his design, so I used him as a foundation to do an illustration of a burrow. Apparently Rattata’s breed like, well, rats, so we’ve also got a little brood on the go. It’s all about family Yo. I also had the idea of sculpting the burrow in the shape of a Rattata silhouette, but it didn’t turn out as clear as I had initially envisioned. I think it’s probably mainly due to the berries I stuffed it’s legs with. Maybe I should have left them out.

Lots of the other artists involved in the exhibition are sharing their work on twitter, so check them out. All works will be available when the show goes live on the 20th of April, they’re all prints and are priced at the super steal of $40. I hope they compile them all in to a book, that’d be amazing.

You can see some of my early sketches for the piece in my previous post here. 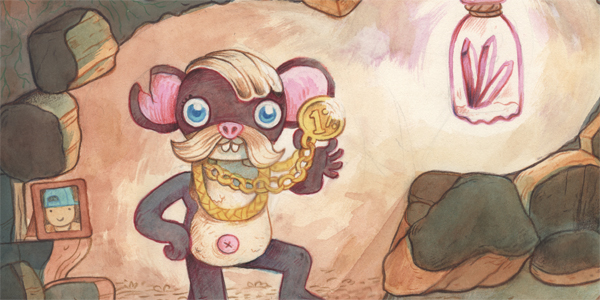