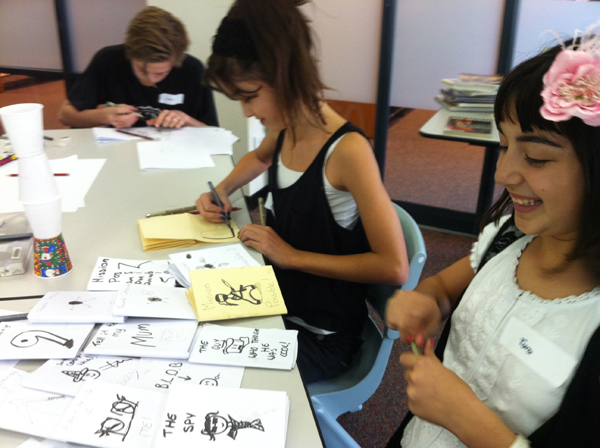 I recently did a comics workshop at our local library. It was part of their school holiday programing and was a day long event. The workshop was heaps of fun, with everyone making mini comics and hanging out. It was targeted mainly at primary school age children, some had a lot of experience drawing, others were coming at it for the first time.

As a part of the “getting ideas” section of the workshop, I had everyone select a “non comics” artist to use as an inspiration. For a lot of kids that was a bit hard, so we took a walk over to the art section of the library (it’s handy doing workshops in libraries) and started grabbing books. Now most of the kids went looking for something really specific, and were able to find a book or artist that suited them, but two girls in particular weren’t so fussed. 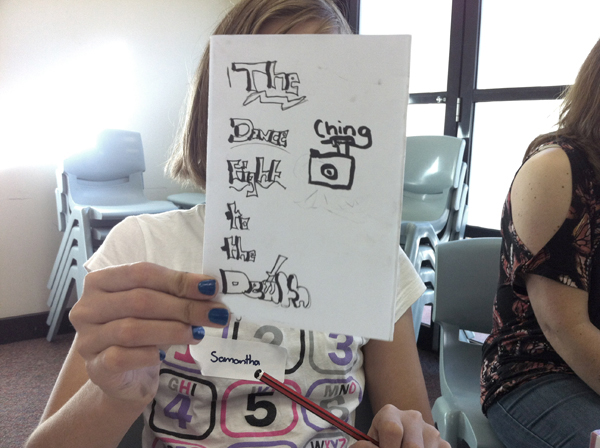 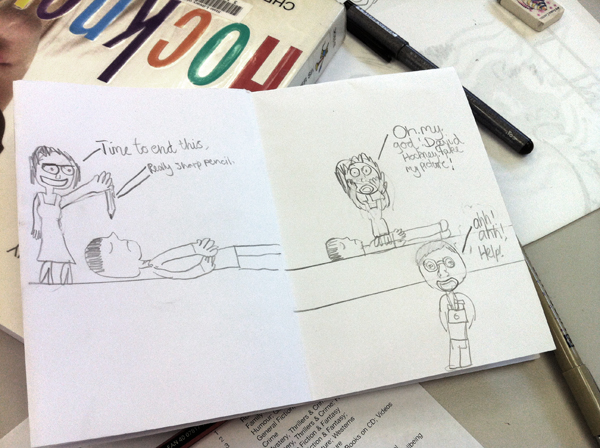 So yes, the above comic features David Hockney. This pretty much blew my mind. The girl who pulled out his biography liked him because of his thick rimmed glasses and decided to throw him in to the comic. I don’t think she understood that I intended them to be inspired by the artwork, not include the artist. This works so much better though. 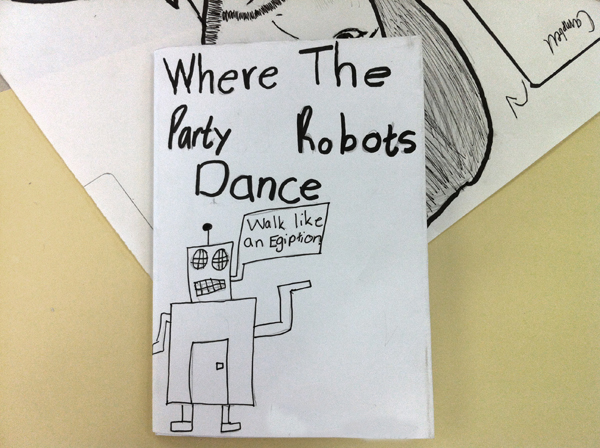 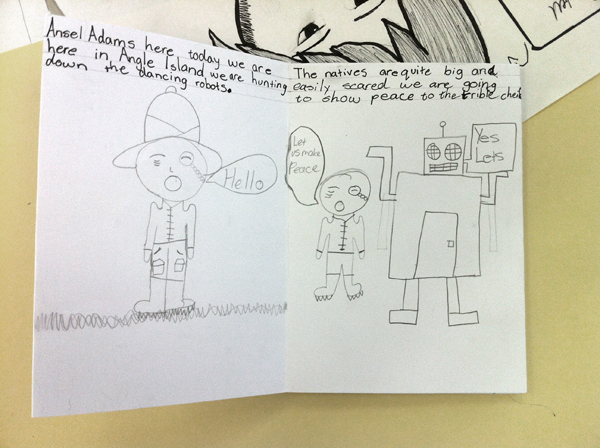 The next comic is an anthropological adventure featuring Ansel Adams, this too, blew my mind. She actually explained to me that the comic was a mashup of Ansel Adams, Party Rock Anthem and Where the Wild Things Are. Can we get this girl a contract please? 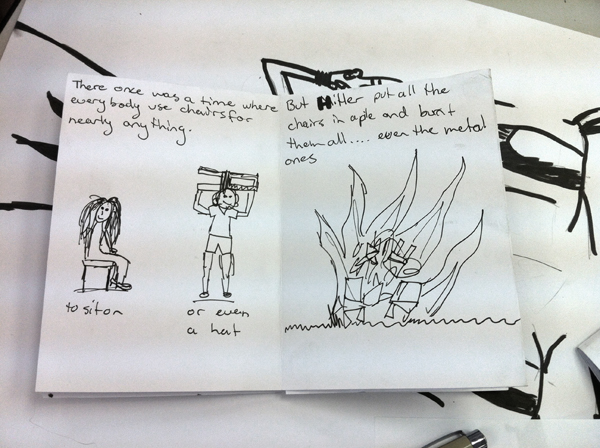 And of course, someone made a comic featuring Hitler. However, I think it is probably the best comic about Hitler ever.