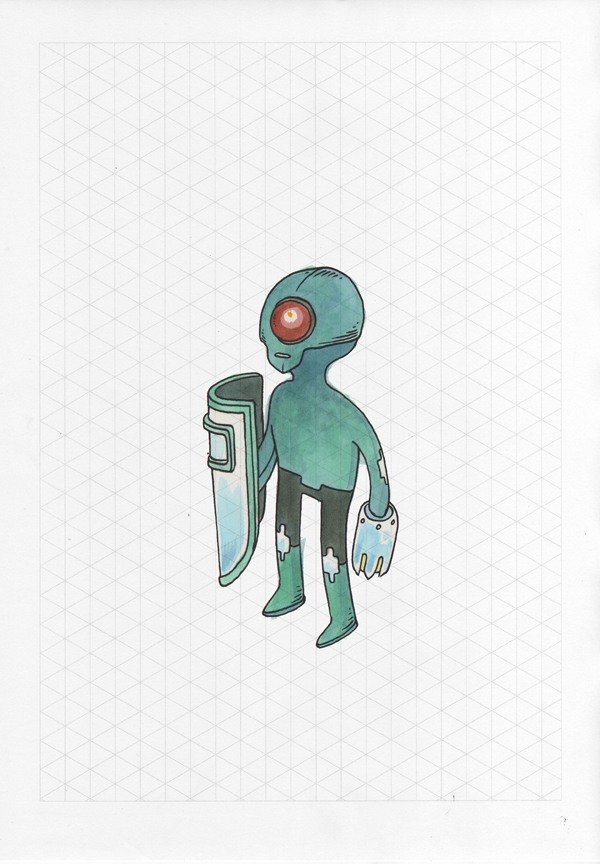 There’s an interesting and kind of convoluted story behind these guys that I thought I’d like to explore with these designs. Apparently Sniper Joe are mass produced versions of the Proto Man robot. Proto Man is the prototype for Mega Man, so in a way, these three robots should all be pretty much identical.
This forms the basic chassis, that so many of the series robots are built around.

I actually didn’t change too much about the design. I streamlined the boots, because I never liked the oversized ones that are used throughout the series. The mask retains the original cyclops eye, but it is no longer set back in a recess. I did maintain the downward pointing chevron in the chin of the mask. It also looks slightly skull like, which is a bit spooky and differentiates these mass produced robots from Proto Man and Mega Man.