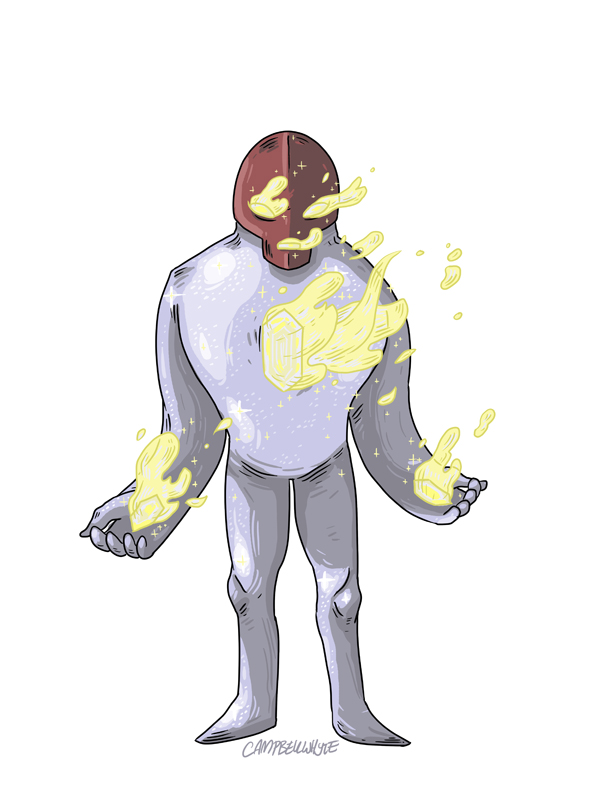 My redesign of Iron Man.

It’s interesting how antiquated the Iron Man suits are in his films and the Avengers. I know the comics have pushed through the traditional notion of a man in a tin suit, to nanobots in his blood stream and cool stuff like that, which I’m totally all for.

My version of Iron Man has a liquid metal suit that resides within his hollowed chest while not in use. When activated, it empties that diamond carved space, covering his body and leaving a hollow tunnel through his core.

I imagine that his costume, when covering him would provide a lot more neck support for flight. As well as sculpting a more idealised and intimidating form than Tony would normally have.