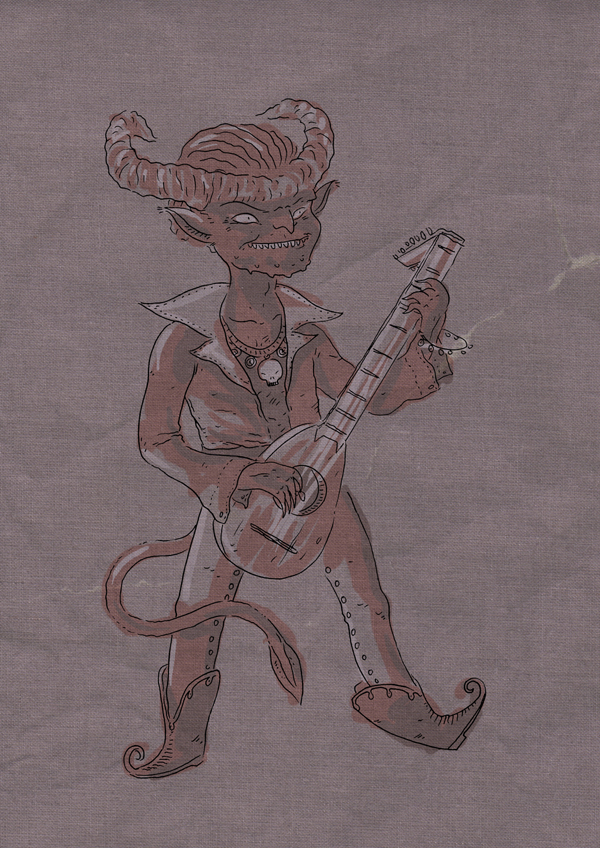 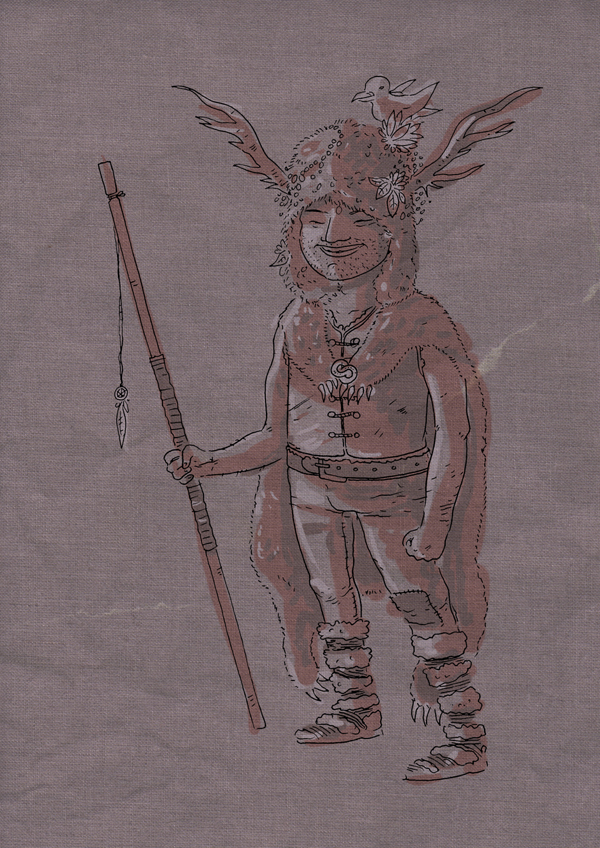 Here are the last two player characters from our Dungeons and Dragons game.

Andre 300/Mescaline Jam is played by James Mac. He’s a Tiefling bard whose signature vicious mockery spell has killed at least one orc, I think one. I could be wrong, maybe it was a little less than one. We currently require that James actually comes up with some rap taunt to use when casting. Maybe one day we’ll go through the audio archive and pull out all the golden samples.

Harry Eslick plays Haroldo, a human druid who was double crossed at the chapel and had his entire extended family slaughtered in the trap. He seems to be taking it all rather well though and is relaxing in a giant tree house somewhere right now. His signature move is the critical miss, which he has rolled on many a fine occasion.